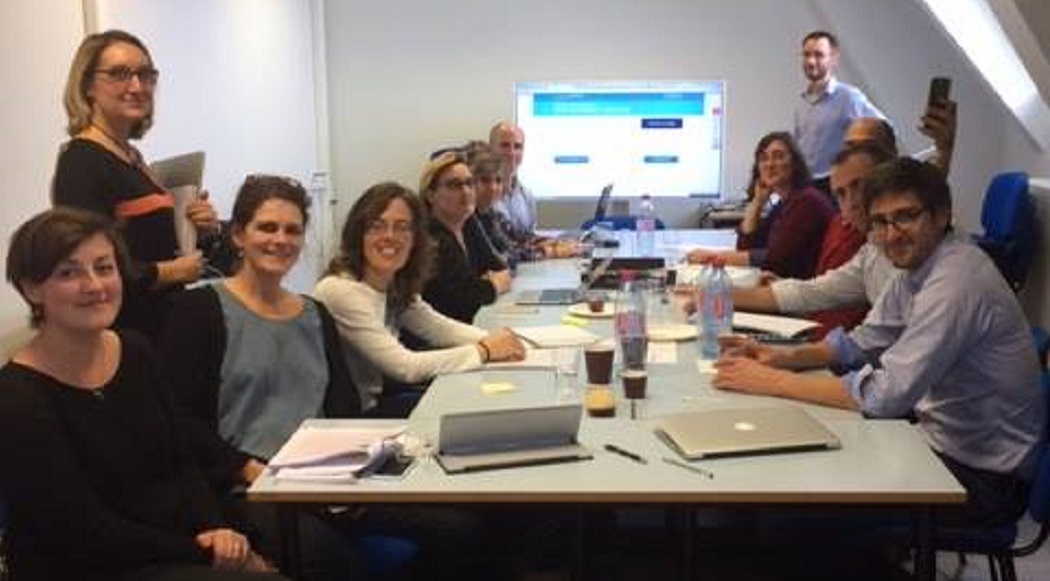 The 4th transnational meeting was held at Interaction Healthcare in Bordeaux. The 5 partners were present. Also attended the meeting a representative of Autonom¹Lab, a living lab focused on healthcare and autonomy of disabled people.

During the meeting, an assessment of progress on PETHRA’s intellectual productions was made. After several months work for the physiotherapists on the conceptualization of the clinical cases, the serious game is now at the development stage in the hands of Interaction Healthcare. The whole team gave an enthusiastic appreciation to fthe first models of the serious game presented by the developers.

The team working on the MOOC gave an update on the Mooc²s contents, and finetuned the training scenarios.

The CCAS of Bègles presented the booklet of research on senior people, which allowed the work done for the booklet by the domestic helps of Bègle CCAS to be fully appreciated.

The next meeting will be held in april at the Public University of Navarro.